Artículos relacionados a From The Mixed-Up Files Of Mrs Basil E.

From The Mixed-Up Files Of Mrs Basil E. 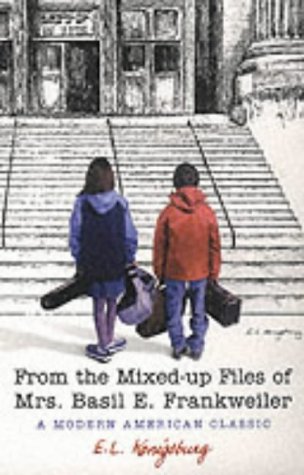 Claudia knew that she could never pull off the old-fashioned kind of running away...Therefore she decided that her leaving home would not just be running from somewhere but would be running to somewhere. To a large place, a comfortable place, an indoor place, and preferably a beautiful place. And that's why she decided upon the Metropolitan Museum of Art in New York City. Claudia plans everything very carefully. But neither she nor her younger brother and chosen companion Jamie could possibly expect to find themselves involved in an intriguing art mystery. But that's just what happens!

E. L. Konisburg is the only author to have won the prestigious Newbery Medal and been runner-up in the same year. In 1968, From the Mixed-up Files of Mrs. Basil E. Frankweiler won the medal and Jennifer, Hecate, Macbeth, William McKinley and Me, Elizabeth, was named Honor Book. Almost thirty years later, she won the Newbery Medal once again for The View from Saturday. She has also written and illustrated three picture books: Samuel Todd's Book of Great Colors, Samuel Todd's Book of Great Inventions and Amy Elizabeth Explores Bloomingdales. E. L. Konisburg lives in North Florida, USA.

2. From the Mixed-Up Files of Mrs Basil E.Frankweiler