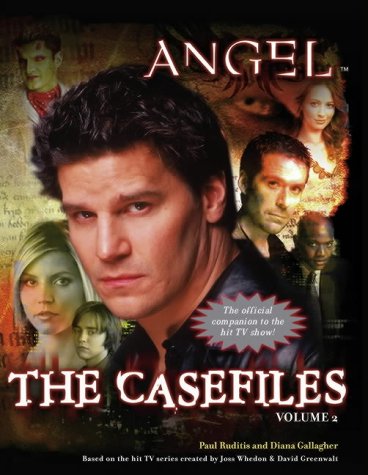 Check out that scalpel-sharp dialogue and see how the intricate plotting of seasons 3 and 4 unfolds in this essential guide to the show and how it is made. This volume covers 44 episodes (22 per season) in detail, and is packed with behind-the-scenes action and interviews with members of cast and crew -- including David Boreanaz himself. Plus as a special bonus there is a look forward at season 5, when Spike joins the cast and Angel and Co. face their ultimate challenge: taking charge of their nemesis, the law firm Wolfram and Hart.

Paul Ruditis has written and contributed to TV-related books on hit shows including The West Wing, Roswell, Star Trek: Voyager and Enterprise. Diana Gallagher has written tie-ins to many shows, including Star Trek: Deep Space Nine and Buffy, and several stand-alone adult science fiction novels. Both Paul Ruditis and Diana Gallagher are contributors to the recent Charmed: Book of Three.