Artículos relacionados a The Worlock of Firetop Mountain (Fighting Fantasy) 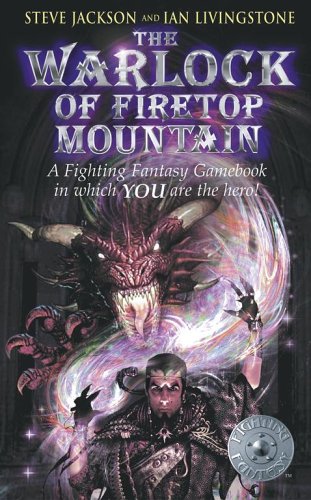 FIGHTING FANTASY is the brilliant series of adventure gamebooks in which YOU are the hero! Decide which monsters to fight, which paths to take, who to trust and when to run. Can you survive the clutches of the hideous Bloodbeast, or defeat a noxious inhuman Orc? Deep in the caverns beneath Firetop Mountain lies an untold wealth of treasure, guarded by a powerful Warlock -or so the rumor goes. Several adventurers like yourself have set off for Firetop Mountain in search of the Warlock's hoard. None has ever returned. Do you dare follow them?