Artículos relacionados a The Secret Supper 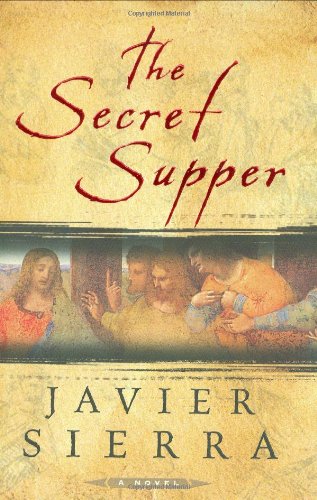 Sent by Pope Alejandro VI to oversee the completion of Da Vinci's "The Last Supper" at the beginning of 1497, Dominican inquisitor Fray Agustin Leyre investigates the master artist's omission of key elements and use of symbolic imagery, which suggests that a mysterious message has been coded into the painting. 350,000 first printing.

Milan, 1497: Leonardo da Vinci is completing his masterpiece, The Last Supper. Pope Alexander VI is determined to execute him after realizing that the painting contains clues to a baffling -- and blasphemous -- message, which he is determined to decode. The Holy Grail and the Eucharistic Bread are missing, there is no meat on the table and, shockingly, the apostles are portraits of well-known heretics -- none of them depicted with halos. And why has the artist painted himself into the scene with his back turned toward Jesus? The clues to Leonardo's greatest puzzle are right before your eyes. . . .