Artículos relacionados a After Modern Sculpture: Art in the United States and...

After Modern Sculpture: Art in the United States and Europe (Critical Perspectives in Art History) 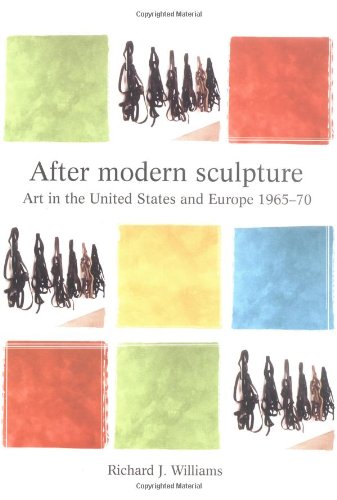 During the mid-1960s, sculptors in the USA and Europe simultaneously lost interest in making objects. Instead, under banners such as "Anti-Form" and "Arte Povera", they began to present undifferentiated matter as sculpture: industrial felt, lead, dirt, vegetables, even live animals. Such heaps, arrays and environments seemed to mark the end of modern sculpture. They dominated sculptural debate at the time of their appearance, and they have since proved enormously influential on contemporary art. This text treats such work as a separate topic. It discusses its appearance in the work of such diverse artists as Joseph Beuys, Evan Hesse, Robert Morris and Richard Serra, and analyzes the ways in which it questioned existing traditions of modern sculpture. The book describes in detail the contemporary theoretical basis of the work, for example the impact of psychoanalysis, and the politics of the so-called New Left. It is also careful to situate the work in its social and historical context.

1. After Modern Sculpture: Art in the United States and Europe (Critical Perspectives in Art History)

Descripción Manchester University Press, 2000. Paperback. Condición: Good. The book has been read but remains in clean condition. All pages are intact and the cover is intact. Some minor wear to the spine. Nş de ref. del artículo: GOR007527854

2. After Modern Sculpture: Art in the United States and Europe 1965-1970 (Critical Perspectives in Art History)