Artículos relacionados a The River of No Return

Ridgway, Bee The River of No Return

The River of No Return 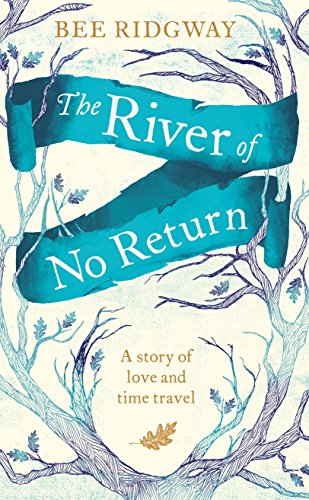 With a fabulous cast of characters, an original and imaginative storyline and eloquent prose, Bee Ridgway has created a memorable work of fiction that is a delight to read . . . This is a book not to be missed. (Melissa, www.confessionsofanavidreader.blogspot.co.uk)

A highly entertaining romp; her historical details are accurate, and the character are believable. Fans of Diana Gabaldon's "Outlander" series should enjoy this time-traveling romantic adventure, which may also attract readers who like historical fiction with a twist. (Library Journal)

Ridgway spins an intricate narrative in elegant prose that combines the best of various genres - spy thriller, historical romance, science fiction, fantasy. Throughout, her juxtaposition of past and present is dazzling and often amusing... The River of No Return has the feel of an instant classic, along the lines of Susanna Clarke's Jonathan Strange & Mr. Norrell. Readers will wish they could stop time to savor every page (The Washington Post)

Ridgway is a splendid writer . . . The River of No Return is the kind of book that is meant to be read under the covers with a flashlight, or, in the pale grown-up substitution, staying up much later than you know is good for you (Chicago Reader)

Beautifully written with a real sense of rhythm to the words . . . It's easy to get lost in the story from the first chapter. (Historical Novel Society)

Her tale and the world she's crafted unfold gracefully and compellingly through precise yet lush prose. The result is a novel that fans of hardcore fantasy and literary fiction alike can get behind. The River of No Return is a gorgeous, sweeping debut that is easy to get lost in. (Bookpage)

1812: On a lonely battlefield in Spain, Lord Nicholas Falcott, Marquess of Blackdown, is about to die ...run through by a French Dragoon. But, the next moment, he inexplicably jumps forward in time, nearly two hundred years - very much alive. Taken under the wing of a mysterious organisation, The Guild, he receives everything he could ever need under the following conditions: He can't go back. He can't go home. He must tell no one. Accepting his fate, Nicholas begins a life of luxury as a twenty-first century New York socialite, living happily thus for the next ten years. But, when an exquisite wax sealed envelope brings a summons from the Alderwoman of The Guild, Nicholas is forced to confront his nineteenth century past. Back in 1815, Julia Percy's world has fallen apart. Her enigmatic grandfather, the Earl of Darchester, has died and left her with a closely guarded secret, one she is only now discovering - the manipulation of time. In terrible danger from unknown enemies, Julia flees her home to the sanctuary of neighbouring Falcott House. In this strange place Julia and a recently returned Nicholas are drawn to each other and together they realise how little Julia knew about her beloved grandfather and begin to understand his ominous last words...'Pretend.'

1. The River of No Return