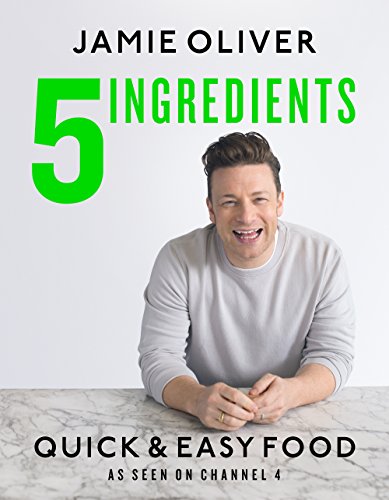 Jamie Oliver returns with the second series, focussing on easy family-centric cooking. This is Oliver stripped back-to-basics and all the better for it as he presents a series of simple but tasty recipes (The Sunday Telegraph)

This is Oliver's best book in years (The Sunday Times)

The power of five . . . It's the combinations that count. Jamie Oliver conjures easy, mouth watering dishes from only a handful of ingredients (The Sunday Times)

The hit of the season (possibly of the year) . . . lovely straight forward ideas (The Daily Telegraph)

[A] refreshing concept . . . if you're short of time you can create a tasty meal in no time (Choice Magazine)

For foodies who like to keep things quick & easy, they'll love Jamie's most straightforward cookbook yet - with every recipe using ONLY 5 INGREDIENTS.

With just FIVE ingredients that have maximum flavour and minimum fuss, you'll be cooking exciting food that's ready in less than 30 minutes . . .

· TASTY WARM LENTIL SALAD. A delicious simple and healthy winter salad of tenderstem broccoli and lentils, with a chilli kick and a lemon and anchovy dressing.

'Jamie Oliver returns with the second series, focussing on easy family-centric cooking . . . he's stripped back to basics and all the better for it.' The Sunday Telegraph