Artículos relacionados a The Collected Plays of Edward Albee: 1966-77 Pt. 2 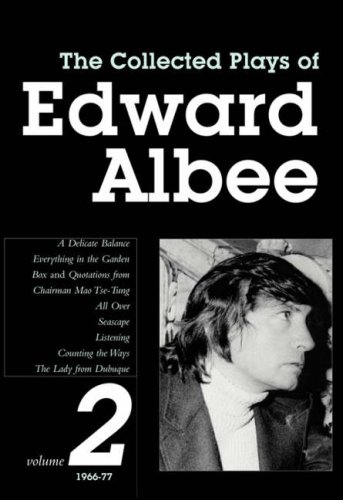 This volume contains the nine plays written by Albee during the period 1966 to 1977. These range from the Pulitzer Prize-winning "A Delicate Balance" to the brilliant and complex short plays "Box" and "Quotations from Chairman Mao Tse-Tung" to his second Pulitzer Prize-winning play, "Seascape", and the scintillating one-act comedy "Counting the Ways" (recently revived off-Broadway to great acclaim), closing with the controversial "Lady from Dubuque" (hailed by "Time" magazine as 'a major work ...Albee's best since "Who's Afraid of Virginia Woolf?").