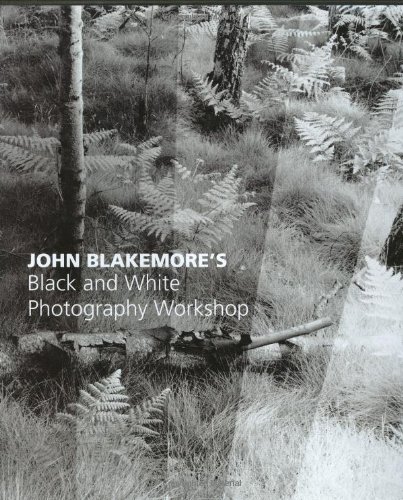 Bringing his vast knowledge and experience to bear, John Blakemore explores the creative as well as the technical processes involved in black and white photography. Long awaited for the many thousands of photographers that have attended his legendary workshops over the years and essential for the many more that have never had the chance, this is a unique insight into the art of one of photography's most influential practitioners and an important document of the methods of one of photography's most important teachers.

Starting as a freelance photographer in 1956, John Blakemore soon emerged as England's leading landscape photographer, later transferring his unique and elegant photographic style into areas as diverse as still life, documentary, portraiture and Polaroid colour. His work is included in the public collections of, among others, the Royal Photographic Society, the Victoria & Albert Museum, the Arts Council of Great Britian, the Los Angeles County Museum, the Fotografiska Museet, Stokholm, and the British Council. He has had one-man exhibitions all over the world including in London, LA and New York, and a British Council Touring Exhibition to Eastern Europe, South America and China. He has had four monographs of his work published, and has given public workshops for over 25 years establishing himself as one of the UK's best known photography teachers. He also taught photography at the University of Derby for many years and, recently retired, is now Emeritus Professor of Photography. He lives in Derby, UK.

Descripción David & Charles PLC, 2005. Hardcover. Condición: Very Good. Very Good: a copy that has been read, but is in excellent condition. Pages are intact and not marred by notes or highlighting. The spine remains undamaged. Most items will be dispatched the same or the next working day. Nş de ref. del artículo: wbb0015540875

Descripción David & Charles PLC, 2005. Hardcover. Condición: Good. A slight tan to page edges Good condition is defined as: a copy that has been read but remains in clean condition. All of the pages are intact and the cover is intact and the spine may show signs of wear. The book may have minor markings which are not specifically mentioned. Most items will be dispatched the same or the next working day. Nş de ref. del artículo: wbb0015324180