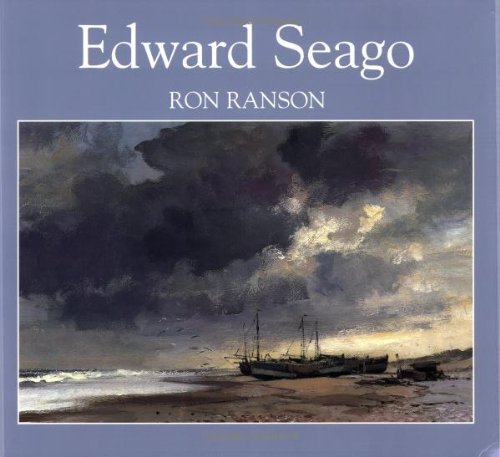 Edward Seago is one of the finest artists Britain has ever produced. At his death in 1974 he was also one of the most popular. His skill at portraying landscapes and seascapes from Europe to the Far East gave him a worldwide following and his devotees range from the Royal Family (he taught both Prince Philip and Prince Charles to paint) to the amateur watercolourist amazed at Seago's skill. Since his death his name has become a legend among all artists, both amateur and professional, and this book, first published in 1987, has established his reputation and popularity.

Ron Ranson is a bestselling author and artist whose work has been exhibited in Europe, the United States, Australia and South Africa. He also enjoys a world wide reputation as a tutor and runs residential courses and summer schools. He has written several successful books on watercolour techniques, and is the author of two volumes on Edward Seago and a biography of Edward Wesson. Ron lives near Lydney in Gloucestershire.