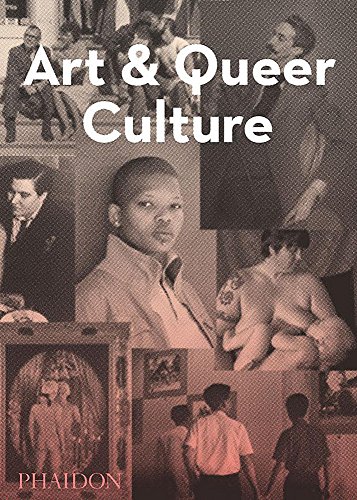 "One of the most beautiful and comprehensive retrospectives on the impact of queer art throughout history."-OUT Online "[A] comprehensive and definitive survey of artworks that have constructed, contested, or otherwise responded to alternative forms of sexuality... [has] an accessible, authoritative voice, with a wealth of rarely-seen imagery."-Aspire: Design and Home Magazine "A fascinating mix of work and approaches, and draws out the often hidden and subversive nature of queer art that came from necessity thanks to the persecution of the LGBTQ+ people through history and still in many places today... A superb book, not only does it provide a fascinating insight into a genre that was for so long hidden or overlooked, but the unique culture that created it. The importance of this book is as much in it's existence as it is due to it's contents. It's an insight into a history and art that too many of us are unaware of, even as members of the LGBT community."-LondonLampost.com "A comprehensive survey of over 250 artists, exploring the history of queer representation over the past 130 years."-Whitewall "Born out of repression and adversity, queer art has always been about stepping outside the comfort zone and searching out other ways of being. Now, its politically charged legacy is being celebrated in a new book."-HuckMag "There's much to absorb in this expanded reissue."-New York Times "An expanded reissue of the 2013 LGBTQ fine art canon, much of it benefits from a close read of the fine print, owing to its discrete or symbolic nature."-Honolulu Star Advertiser "An important resource for students of art, art history, and gender and sexuality studies, this new edition of Art and Queer Culture is recommended for academic libraries."-Booklist

A fully updated new edition of this critically acclaimed and comprehensive overview of Queer art and artists – a much-anticipated revision of an important book Includes two clear and authoritative survey essays, together with over 250 works accompanied by insightful and revelatory extended captions Traces the rich visual legacy of art’s relationship to Queer culture, from the emergence of homosexuality as an identity in the late nineteenth century to the pioneering 'genderqueers' of the early twenty-first Features widely admired artists such as Francis Bacon, Catherine Opie, and Felix Gonzalez-Torres, as well as lesser known but important figures including Vaginal Davis, Celeste Dupuy Spencer, and Lola Flash

Descripción Phaidon Press Ltd, United Kingdom, 2020. Paperback. Condición: New. Revised, Updated. Language: English. Brand new Book. A revised, updated edition of the acclaimed historical overview of Queer art - available for the first time in paperback Art & Queer Culture is an unprecedented survey of visual art and alternative sexualities from the late nineteenth century to the present. Beautifully illustrated and clearly written, this special edition has been updated to include the art and visual culture that has emerged since the publication of its acclaimed first edition in 2013. A group of new contributors - themselves gay, lesbian, queer and trans - join the primary authors in emphasizing the global sweep of queer contemporary art and the newfound visibility of gender non-conforming artists. In a compact, reader-friendly format, this revised volume packs over 130 years of queer art history. Art and Queer Culture features work by famous artists such as Andy Warhol and Robert Mapplethorpe alongside that of AIDS activists, lesbian separatists, and pre-Stonewall photographers and scrapbook-keepers who did not regard themselves as artists at all. The volume traces a spectacular history of queer life and creativity in the modern age. Nş de ref. del artículo: AA79780714878348