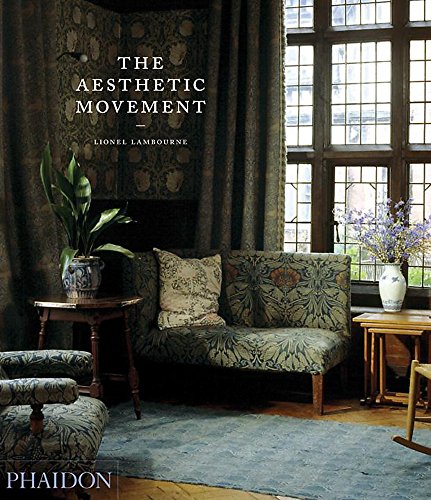 "A volume to be read for its witty prose as well as to feast on with the eyes. A delightful book about artists who placed beauty above all."-The New York Times

The Aesthetic Movement swept through England in the latter part of the nineteenth century, touching every sphere of the fine and decorative arts and bringing a new freedom to all aspects of design. In architecture, the dogmatism of Gothic gave way to the charm of Queen Anne. In interiors, heavy Victorian forms were replaced by the lighter, fresher Japanese-inspired shapes; in the graphic arts, innovative methods - coupled with a new approach to form - led to the revitalization of illustration and book design. Personified by such colourful figures as James McNeill Whistler, Oscar Wilde and Aubrey Beardsley, the movement was held together by the coherence of its philosophy and its adamant faith in elegance and richness. This beautiful and witty book will prove invaluable to enthusiasts of design and architecture and to all those intrigued by the social history of the period.