ArtŪculos relacionados a The Misfits: Story of a shoot (CINEMA)

The Misfits: Story of a shoot (CINEMA) 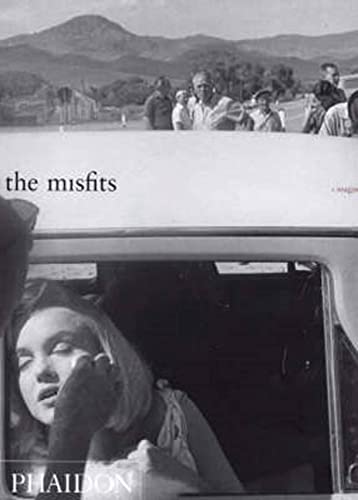 "A must for photography and Monroe fans alike."-British Journal of Photography

This book documents the making of the legendary film The Misfits (1961). Directed by the Hollywood auteur John Huston, it starred three of the most charismatic actors of all time - Marilyn Monroe, Clark Gable and Montgomery Clift. Its script was composed by Arthur Miller, one of America's greatest playwrights and Marilyn's husband. As part of the promotional strategy for the film, the Magnum photographic agency was given exclusive access to the shoot. Nine of its most famous photographers - including Henri Cartier-Bresson, Eve Arnold and Elliott Erwitt - covered the production, both on and off the set. 200 of their pictures are reproduced in rich duotone, providing both a fascinating documentary of the making of a film and an intimate portrait of its stars. The photographs are paralleled with an essay by the Editor-in-Chief of the established film magazine Cahiers du cinema, Serge Toubiana, in which he recounts the tragic and triumphant story of the film that was to become Monroe and Gable's swansong. The book also contains a revealing interview between Toubiana and Arthur Miller, in which Miller discusses the making of the film, the troubled relationships between the stars (including his own with Monroe) and the fascinating background to the photographs.