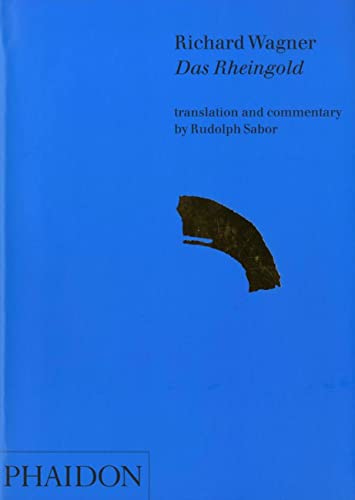 'Best of the music books was Rudolph Sabor's idiosyncratic, cheeky and incisive Translation and Commentaries on Wagner's Ring.' (Observer) 'This is Sabor at his best. An indispensable part of the Wagner lover's library. And for those new to the Ring cycle - what better place to start!' (Opera Now) 'It has been brilliantly done by Rudolph Sabor, whose achievement is magnificent. The clarity, detail, comprehensiveness and sheer usefulness of the volumes cannot be praised too highly. I sincerely hope this will be a model for further companions to other opera composers and their work.' (Financial Times)

Richard Wagner's vast Ring cycle, comprising four full-length operas, is arguably the most extraordinary achievement in the history of opera. His libretto to the work is more than a literary work of art: its intricate system of metric patterns, imaginative metaphors, ample use of alliteration - together with its singability - combine to create something unique, so that the music is embedded in the text. This volume presents Rudolph Sabor's translation of the libretto to the first of the tetralogy, Das Rheingold. This new translation, which runs side-by-side with the German text, preserves the original metre and elucidates the complexities of Wagner's intricate libretto. It is unprecedented in presenting next to the translation not only a running commentary on the drama but also the names of the leitmotifs as they occur. The translation is supplemented by scene-by-scene synopses, short discussions of each leitmotif new to each scene, a discography, videography, and full bibliography. Lists of all motifs in the opera and all motifs in the Ring cycle conclude the volume. Rudolph Sabor has also translated the librettos to the other three operas of the cycle, and a companion volume of essays relating to Wagner's Ring completes the series. Ranging from a discussion of Wagner's Literary sources to a review of the Ring's performance history, the essays provide a prodigious treasury of information for the Wagner enthusiast. The books can be enjoyed individually or as a series; either way they will equip the Wagner enthusiast with a fund of information to make the Ring journey more rewarding.