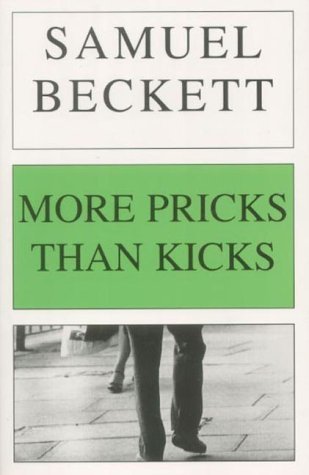 Fiction. "More Pricks Than Kicks", Beckett's early tragicomic masterpiece, is a collection of stories about Belacqua, a student in Dublin in the twenties, his adventures, encounters and amours, that through its original style and wry commentary succeeds in turning everyday incidents into high drama and lets us see street and university life through the observant and caustic wit of the author. Highly enjoyable to read, it delights in exuberant language and the pleasure of discovery, very typical of the young writer who in the post-war years was to astonish the world with Waiting for Godot and Molloy. First published in 1934, "More Pricks Than Kicks" is Beckett's second work of fiction. It serves as an excellent introduction to the later work of one of the most seminal and exciting major writers of the twentieth century.