Artículos relacionados a Aurel Stein on the Silk Road

Aurel Stein on the Silk Road 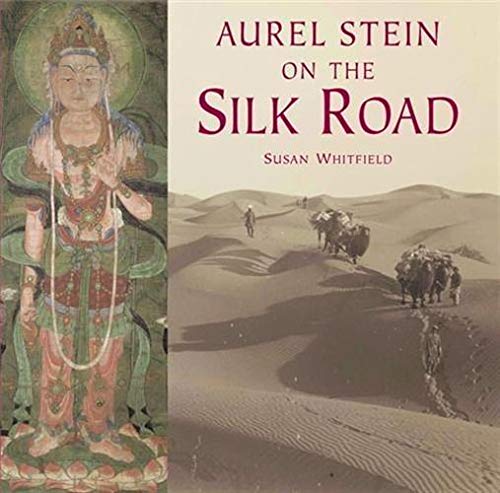 In 1900 a secret sealed-up cave was discovered by a Daoist priest among the many caves dotting the cliff face at Dunhuang, an oasis town on the Silk Road. Its entrance had been plastered over and disguised but, when opened, it was revealed to be crammed with ancient Buddhist manuscripts, printed documents and paintings. The sheer volume and exceptional condition of the finds, preserved in the desert climate since the early eleventh century, excited international archaeological and popular interest. In 1907, Sir Marc Aurel Stein (1862-1942), a Hungarian-born explorer employed by the British in India, was the first foreigner to gain access to the secret cave archive at Dunhuang. His expeditions, published in full in the 1920s, made him a celebrity whose intrepid exploits helped to reveal the long-forgotten history and exotic geography of the Silk Road.

Dr Susan Whitfield works in the Chinese Section of the British Library, where she is responsible for the International Dunhuang Project and the forthcoming Silk Road exhibition (Spring 2004). She has lived and travelled extensively in China, and among her many translations from Chinese are books on cultural history and art. She is also the co-author (with Roderick Whittfield and Neville Agnew) of Cave Temples of Mogao - Art and History on the Silk Road.

1. Aurel Stein on the Silk Road

2. AUREL STEIN ON THE SILK ROAD