Artículos relacionados a The Etruscans : Art, Architecture and History (Paperback)... 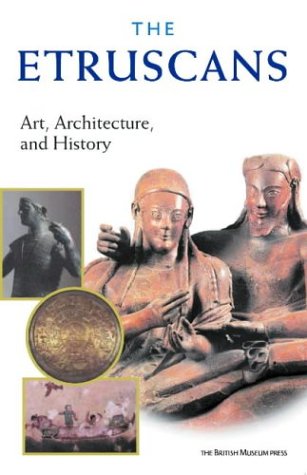 Beginning in the eighth century BC, the spacious area of central Italy that extends from the edges of the Po plain to the shores of the Tyrrhenian Sea became the setting for the splendid civilization of the Etruscans. Although this people's geographic and linguistic origins remain controversial, they were deeply rooted in the region and wove a tightly knit fabric of commercial and artistic trade throughout the Mediterranean. As a result, unforgettable works in gold, paintings, and sculpture in terracotta, stone and bronze were created, while extraordinary painted vases were imported from Greece. Ancient necropolises survive to this day, scattered through Emilia, Tuscany, Lazio, and Umbria. They can be found at the seashore, carved into tufa, clinging to cliff walls, or buried beneath the fields, often distinct in their varied architecture. Dazzling evidence continues to emerge from these cities of the dead of a culture that was rich, multifaceted, open, and peaceful - a culture destined to merge with Rome after centuries of independence.

1. The Etruscans. Art, Architecture, and History