ArtŪculos relacionados a The Making of Europe: Conquest, Colonization And Cultural...

The Making of Europe: Conquest, Colonization And Cultural Change 950-1350 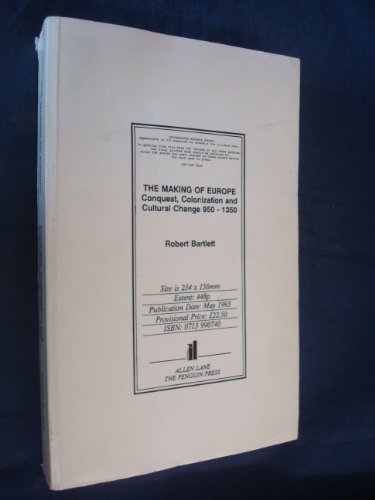 This book shows Europe to have been as much a product of a process of conquest and colonization as, in later years, a colonizer beyond its own borders. Concentrates upon the establishment of states by conquest and the peopling of distant countries by immigrants along the peripheries of the European continent. He asks what development in language, law, belief and habit accompanied warfare and settlement, as he explores the formation of racially-mixed societies on the edges of Europe and the ideological justification for aggressive expansion. The theme, however, is not only colonial conquest and settlement, but also the formation of an increasingly homogenous society which, by the end of the Middle Ages, lay poised to enter a yet more expansionary phase of its history - one whose consequences are still around us.