Artículos relacionados a This Rage of Echoes

This Rage of Echoes 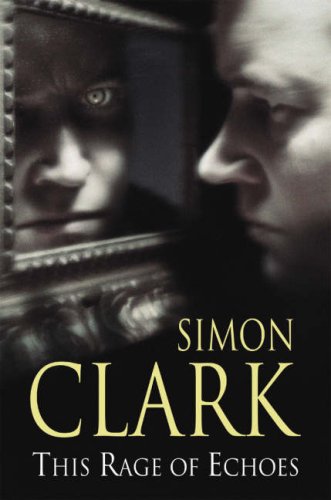 "'If you like your horror violent, dark and believable, then give Simon Clark a try.' SFX"

This time you know the monster's face It's the one you see in the mirror...For Mason Konrad the future's looking good. Parties, an apartment in the city, a well-paid job in TV, then one night he's attacked. Worse is to come: his attacker looks exactly like him. Soon he will understand that something unique has invaded his flesh - a certain monstrous 'something' that transforms ordinary people into replicas of him that are driven by evil bloodlust.As the body-count rises Mason fights to keep one step ahead of the Echomen. Meanwhile, the Echomen not only hunt him, his family and his friends, they conduct gruesome experiments on their own kind. They have their own mysterious agenda - and this is identity theft at its most extreme.Plunge in! This is horror loaded with raw power. It's a pinch of lovecraft. A splash of Rod Serling. A raging storm of nightmare, ferocity and blood.

1. This Rage of Echoes

Descripción Robert Hale Ltd, 2008. Hardcover. Condición: Good. Ex library copy with usual stamps/stickers Good condition is defined as: a copy that has been read but remains in clean condition. All of the pages are intact and the cover is intact and the spine may show signs of wear. The book may have minor markings which are not specifically mentioned. Most items will be dispatched the same or the next working day. Nş de ref. del artículo: wbb0015709575

2. The Rage of Echoes