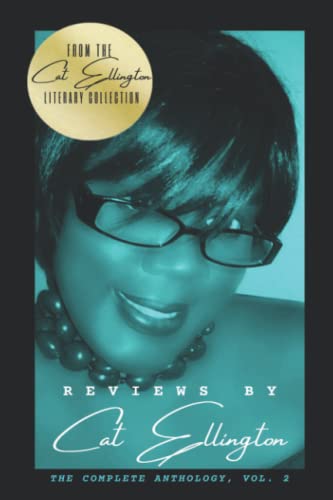 Descripción Quill Pen Ink Publishing, United States, 2018. Paperback. Condición: New. Language: English. Brand new Book. Succeeding her debut effort Reviews by Cat Ellington: The Complete Anthology, Vol. 1, the adroit wordsmith continues her journey through the analytical world of literary criticism with the second installment in the ongoing series, appropriately titled Reviews by Cat Ellington: The Complete Anthology, Vol. 2.Covering the years from 1996 through 2010, Ellington presents (50) insightful, articulate, witty, and sometimes amazingly humorous literary examinations that kick, push, and shove their way through the psyche from beginning to end. A storyteller in her own respect, Cat Ellington, regarded by many as being one of the best to ever pen a literary review, doles out one impressive critique after another in honor (or dishonor) of both the fictional and nonfictional dialogue alike.Included in Volume 2 of the standout Reviews by Cat Ellington Complete Anthology book series are the author's cleverly-written reviews of Another Country by James Baldwin, Boss: Richard J. Daley of Chicago by Mike Royko, Swan by Naomi Campbell, Fine Beauty by Sam Fine, The Picture of Dorian Gray by Oscar Wilde, The Judge by Steve Martini, The House of Gucci: A Sensational Story of Murder, Madness, Glamour, and Greed by Sara Gay Forden, The Mist by Stephen King, Along Came a Spider by James Patterson, and many more.So settle down, why don't you, and prepare to lose yourself in the analytical creativity of its wondrously original, ever admired, undiluted, pleasantly fun-filled, and incredibly thought-provoking authorship.Reviews by Cat Ellington. A unique critique. Nş de ref. del artículo: APC9780692185346