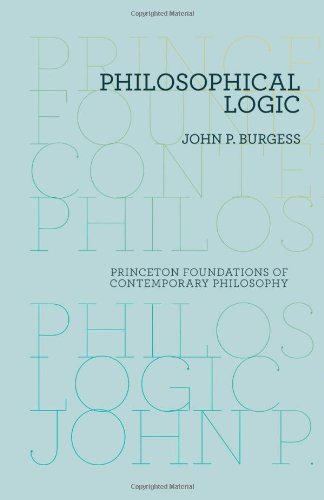 Philosophical Logic is a clear and concise critical survey of nonclassical logics of philosophical interest written by one of the world's leading authorities on the subject. After giving an overview of classical logic, John Burgess introduces five central branches of nonclassical logic (temporal, modal, conditional, relevantistic, and intuitionistic), focusing on the sometimes problematic relationship between formal apparatus and intuitive motivation. Requiring minimal background and arranged to make the more technical material optional, the book offers a choice between an overview and in-depth study, and it balances the philosophical and technical aspects of the subject. The book emphasizes the relationship between models and the traditional goal of logic, the evaluation of arguments, and critically examines apparatus and assumptions that often are taken for granted. Philosophical Logic provides an unusually thorough treatment of conditional logic, unifying probabilistic and model-theoretic approaches. It underscores the variety of approaches that have been taken to relevantistic and related logics, and it stresses the problem of connecting formal systems to the motivating ideas behind intuitionistic mathematics. Each chapter ends with a brief guide to further reading. Philosophical Logic addresses students new to logic, philosophers working in other areas, and specialists in logic, providing both a sophisticated introduction and a new synthesis.