Artículos relacionados a Shaping the Political Arena: Critical Junctures, the... 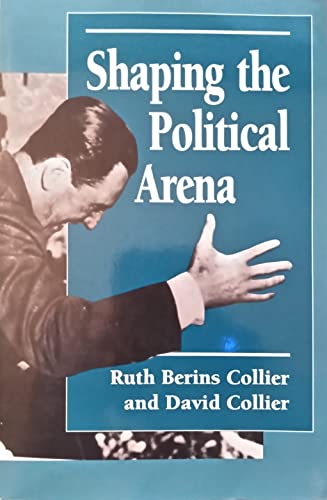 Illuminating the dynamics of political change in Latin America during the twentieth century, this ambitious work traces the impact of a "critical juncture": a period of fundamental political reorientation in which countries are set on distinct trajectories of change. Here Ruth Berins Collier and David Collier focus on the response of national states to the newly radicalized working class and organized labor movements that arose earlier in this century in the course of capitalist modernization. They examine the incorporation of the labor movement, showing how national leaders--including Percn in Argentina and Vargas in Brazil--sought to impose a new political and institutional framework on working-class politics. Through a comparative-historical analysis of eight countries, the authors show how different strategies of control and mobilization left distinct legacies in terms of political coalitions, party systems, and modes of political conflict. These outcomes in turn influenced patterns of regime change, including the democratic or authoritarian path each country followed through the turbulent 1960s and 1970s. The concluding chapter asks whether Latin America may now be entering a new critical juncture.