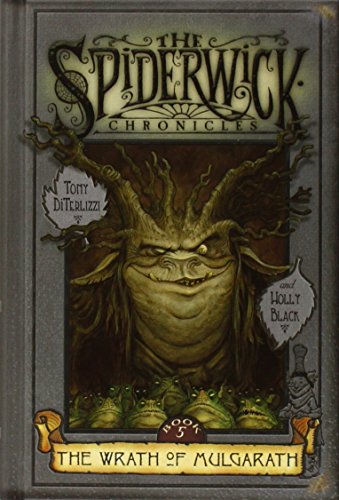 Twists and turns abound in the final installment of the Spiderwick Chronicles. Bruised and battered, Jared, Simon and Mallory return home to find their house completely ransacked and discover that Mulgarath has made off with their mother and Spiderwick's Guide. Its up to the Grace kids, with only the help of Thimbletack, Hogsqueal and Byron, to defeat the evil Mulgarath and his goblin army. But first they have to rescue Arthur Spiderwick from Lorengorm and the elves!

Holly Black spent her early years in a decaying Victorian mansion where her mother fed her a steady diet of ghost stories and faerie tales. An avid collector of rare folklore volumes, spooky dolls, and crazy hats, she lives in West Long Branch, New Jersey, with her husband, Theo. This is her first book. For more information, visit www blackholly.com. Mary Botham Howitt was born in 1799 in Coleford, England. Originally published in 1829, Mary's best-known work 'The Spider and the Fly' has been enjoyed by generations of readers and has become an age old classical cautionary tale. Mary Howitt died in Rome in 1888. Tony DiTerlizzi's unique and unusal artstyle is the perfect complement to Howitt's classic tale. He lives with his wife in Brooklyn, New York.

9. The Wrath of Mulgarath Black, Holly and Diterlizzi, Tony