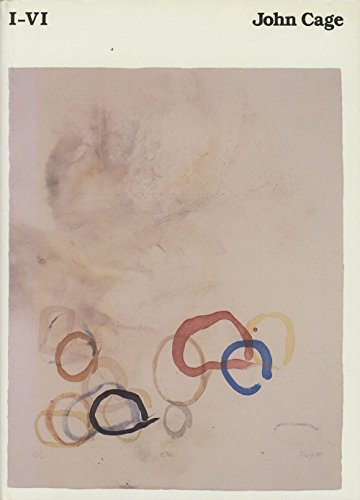 Mr. Cage has overcome [the] disjunction between his anarchic art and his elegantly didactic texts, bending his words into a mirror of his music by fracturing conventional expectations and transforming didactic prose into elusive poetry...Especially when he reads [the words], in his frail but steadfast baritone, shaping the phrases and illuminating hidden meanings and poetic undercurrents in word jumbles that seem at first--and may still be, on the less important level of explication--meaningless, Mr. Cage attains a perfect synthesis of all that he is: soft-spoken backwoods storyteller, vanguard modernist, Zen master, kindly village preacher. Yet this is not mere accident: Mr. Cage is making art. And by any generous definition of what art is and can be, he is making beautiful music as well. -- John Rockwell New York Times Book Review For his Norton lectures, Cage continued writing mesostics; but to the earlier collection of ten key epithets, he has added five more: variable structure, nonunderstanding, contingency, inconsistency, performance. Instead of writing out of his own head (or drawing upon a single literary source), he now selects words from several disparate sources: Ludwig Wittgenstein, Marshall McLuhan, Buckminster Fuller's followers, daily newspapers during the summer of 1988...The result is a more expansive text that not only befits Cage's taste for heady ideas...but encompasses the whole world, in part because it draws upon writings with global range, its theme thus becoming meditations on a scale at once personal and sociopolitical...Very much like Finnegans Wake, Cage's I-VI is at once unreadable and rereadable...I-VI is his finest poem, a major poem in a unique style, surely among the best American epic poems of the post-World War II period. -- Richard Kostelanetz Notes and The Journal of Art [A] handsome, impressive...volume...Cage once again demonstrates that the free play of his associations--paradoxically, filtered and channeled through a methodology--can produce a uniquely moving experience. Each of the three entryways into the experience (written text, recorded reading, question session) offers special insights into the whole. The complete package is a delight. Choice There is no lecturer here, nor exactly an artistic artificer in the old romantic (or Platonic) sense. Rather there is an inventor of a procedure designed to highlight the complexities of modern life and to accommodate us to our embodied ears in an act of liberation from concepts and impositions of all kinds. -- Daniel Herwitz Journal of Aesthetics and Art Criticism

Gathers six long poems created using chance in the form of the computer, and includes selections from question and answer sessions that followed the presentations.