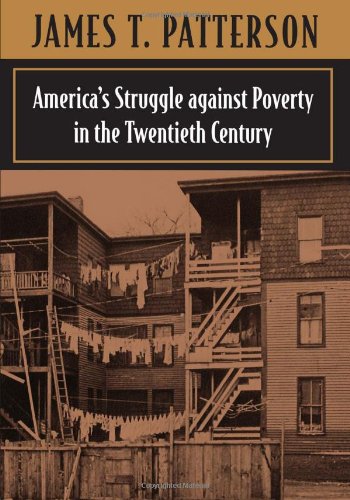 A rich and complex book that will set high standards for future work. -- Julie Roy Jeffrey "Journal of Social History" Patterson's perspective on poverty continues to be an influential one in the debate about which policies help and which hurt the poor...Readers will be reminded of many things they had forgotten, will learn some things they never knew, and will be provoked to new questions. -- Herbert Stein "Fortune" A splendid introduction to and review of the attitudes in the United States toward the poor and of efforts to ameliorate their condition...Patterson treats his subject with verve, energy, and considerable style...No one with any interest in the subject can afford to ignore it. -- Daniel J. Leab "Political Science Quarterly" Patterson...adds a useful part to the complex puzzle of fluctuating interrelationships between perceptions and widescale cyclical and structural poverty. In the process, he debunks much of the mythology and stereotyping of poor people, especially ethnic poor and the culture of poverty thesis...Well-written, copiously documented. -- Joseph F. Wilson "American Political Science Review"

THIS EDITION HAS BEEN REPLACED BY A NEWER EDITION In this probing history of twentieth-century American attitudes toward the poor, James Patterson explores how we have viewed poverty and what our welfare reformers have tried to do about it. It is a history broad in scope-and one that is especially pertinent to the ongoing welfare-reform debate.