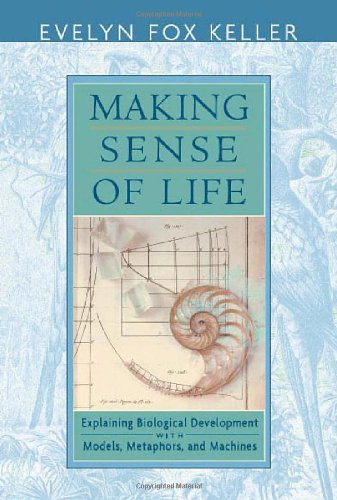 "Making Sense of Life" is about the importance of recognizing [the] tight connection between the use of language in the social domain and how it produces biological "understanding."..The central arguments of "Making Sense of Life" are made with grace and authority. Those who are unsettled by them, and who wish to take issue with Keller, could not ask for a more accomplished and eloquent adversary.--Lisa Jardine"New Scientist" (05/10/2002)

What do biologists want? If, unlike their counterparts in physics, biologists are generally wary of a grand, overarching theory, at what kinds of explanation do biologists aim? How will we know when we have "made sense" of life? Such questions, Evelyn Fox Keller suggests, offer no simple answers. Explanations in the biological sciences are typically provisional and partial, judged by criteria as heterogeneous as their subject matter. It is Keller's aim in this bold and challenging book to account for this epistemological diversity - particularly in the discipline of developmental biology. In particular, Keller asks, what counts as an "explanation" of biological development in individual organisms? Her inquiry ranges from physical and mathematical models to more familiar explanatory metaphors to the dramatic contributions of recent technological developments, especially in imaging, recombinant DNA, and computer modeling and simulations. A history of the diverse and changing nature of biological explanation in a particularly charged field, Making Sense of Life draws our attention to the temporal, disciplinary, and cultural components of what biologists mean, and what they understand, when they propose to explain life.