Artículos relacionados a Sams Teach Yourself XML in 24 Hours

Sams Teach Yourself XML in 24 Hours 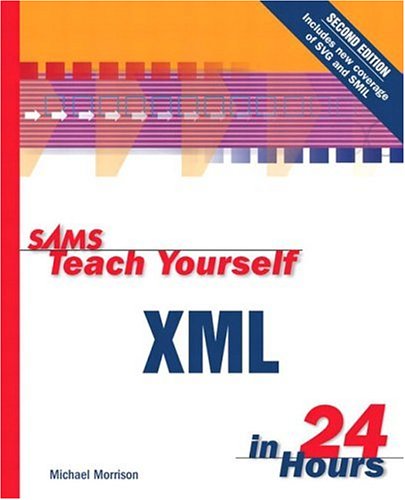 Sams Teach Yourself XML in 24 Hours, Second Edition focuses on teaching the reader the fundamental concepts of XML using practical, hands-on examples. Rather than dwelling on dry theory, the book is filled with clear, real-world examples of how the technology can be used today. This book includes coverage of topics such as: Displaying XML files in HTML files; Parsing HTML files into corresponding hierarchical tree structure; Embedding XML code into an HTML file; Using Extensible Style Sheets (XSL) ; Performing queries in XSL; Building an online store.

Michael Morrison is a writer, developer, toy inventor, and author of a variety of books including HTML and XML for Beginners, The Unauthorized Guide to Pocket PC, XML Unleashed, and The Complete Idiot's Guide to Java 2. Michael is the instructor of several Web-based courses and also serves as a technical director for ReviewNet, a company that provides Web-based staffing tools for information technology personnel. Finally, Michael is the creative lead at Gas Hound Games, a toy company he cofounded that is located on the Web at http://www.gashound.com/. When not risking life and limb on his skateboard or mountain bike, trying to avoid the penalty box in hockey, or watching movies with his wife, Masheed, Michael enjoys daydreaming next to his koi pond.