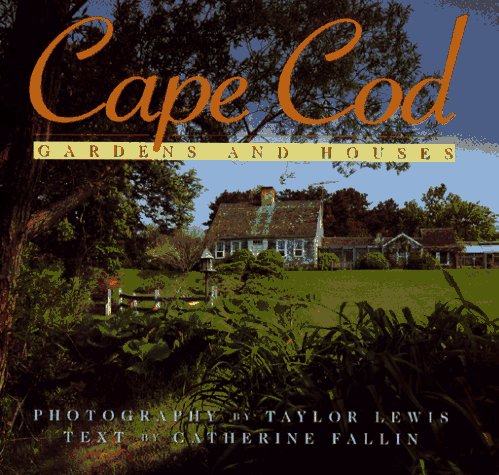 A revealing tour of the lush gardens and enchanting homes of New England's Cape Cod, in more than 400 lavish color photographs and inviting text. Well known for its glorious coastline, fabulous sailing, world-renowned beaches, and delectable shellfish, Cape Cod has a long history connected to the sea. Commercial fishermen from the Old World sought shelter on its shores even before the "Mayflower" Pilgrims made their first landing at Provincetown in 1620 before going on to settle at Plymouth. In contrast to the tales of merchant seamen, whaling ships and the China trade, pirates and commercial fishermen, the Cape was settled by farmers. By 1639 the towns of Sandwich, Yarmouth, and Barnstable were already incorporated, and livestock grazed on the plentiful salt marshes nearby. Now, more than three-and-a-half centuries later, Cape Cod is home to artists and writers, fishermen and farmers, and the summer destination of generations of city dwellers-- all of whom enjoy the soft summer nights, endless beaches, and sheltered estuaries and bays abounding with succulent clams and oysters. "Cape Cod: Gardens and Houses" reveals the Cape's natural beauty, its rich architecture, and its magical gardens. Taylor Lewis's stunning color photographs and Catherine Fallin's evocative words take you on a tour inside the rooms of the Cape's most alluring houses, behind stone walls and high hedges protecting private formal gardens from the sea or from the busy street, into cottage gardens tucked away behind rambling houses, and to wildflower meadows stretching out to the marshes. We travel along the Cape's back roads and visit the Upper Cape towns of Sandwich, Falmouth, and Waquoit; the Mid-Cape from Barnstable and Yarmouthport to Brewster on the north, and from Osterville to Harwich Port on the south; Chatham and Orleans at the crook of the elbow; and the legendary Wellfleet, Truro, and Provincetown on the Lower or Outer Cape. This journey captures the wealth of the Cape's legacy and the distinct personalities of its diverse communities. Seen in elegant detail are some of the earliest houses, dating to 1678; exemplary Cape Cod-style homes; large summer "cottages" by the sea; and turn-of-the-century and contemporary pond-side residences. The Cape's New England climate, softened by the surrounding sea, is similar in many ways to that of Great Britain and Japan, and like them has lush gardens from early spring, when the crocuses and snowdrops poke up through the late winter snows, to late spring when profusely flowering fruit trees, rhododendrons, and azaleas fill the air with their color and delicate scent. Glorious roses and other flowers rich in the shades of summer flourish until late-blooming asters, dahlias, and chrysanthemums give way to the brilliant colors of fall foliage and cranberry bogs. Cape Cod gardens range from those sheltered by tall privet to those that grow nearly wild along the sea. These pages depict arched gateways heavy with the weight of climbing roses and clematis, homes bordered with bushes of blue hydrangeas or purple and white lilacs, hillsides textured with soft subtle heaths and heathers, and native Rosa rugosas, sea lavenders, and Scotch broom.

Cape Cod is the fourth collaboration of award-winning photographer and designer Taylor Lewis and writer-editor Catherine Fallin. Their two most recent books, Chesapeake: The Eastern Shore and Martha's Vineyard: Gardens and Houses, have been praised by the architectural, design, and garden communities. Among Taylor Lewis's twenty-seven other books are Nantucket: Gardens and Houses, Window on Williamsburg, Victorious Victorians, and The Trellis Cookbook. He has photographed houses and their interiors all over the world, and gardens from the British Isles to Mustique, including the White House and Natchez, Mississippi. Catherine Fallin, a longtime editor and the author of Quiltmaking, has edited more than a hundred illustrated books. This beautiful book on the Cape brings together Taylor and Catherine's lifelong love of New England, the ocean, gardens, and architecture. Having documented the diverse houses and gardens of Nantucket and Martha's Vineyard, they have collaborated again to complete their New England coastal trilogy with Cape Cod: Gardens and Houses.