Artículos relacionados a Pyramids: The Real Story Behind Egypt's Most Ancient...

Pyramids: The Real Story Behind Egypt's Most Ancient Monuments 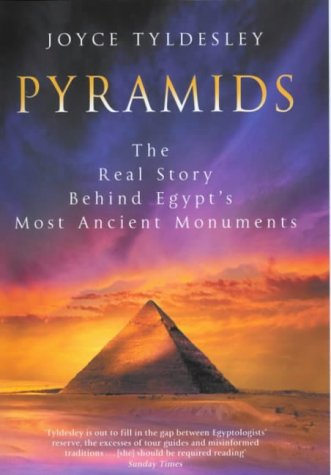 What's behind the building of the pyramids: Space ships, ley lines, mysterious goings on - where they fact or fiction?

The Old Kingdom pharaohs believed that death was the beginning of eternal life. That they would rise from their tombs to shimmer in the deep blue night as an un-setting star.. To help them on their way they built pyramids; huge ramps or stairways charged with the most potent magic, leading directly to the sky.
To understand the skills and beliefs of the earliest pyramid builders we must look backwards, to trace the pyramid building society back to its roots. Then we can see not only how and why the Egyptians were able to build their pyramids, but how the pyramids helped to build Egypt herself.

Biografía del autor:
Joyce Tyldesley is an Honorary Research fellow at the School of Archaeology, Classics and Oriental Studies at Liverpool University, and a freelance writer and lecturer on Egyptian archaeology. She has extensive excavation experience, has made regular radio broadcasts, and has acted as consultant on several television projects. Her previous books include DAUGHTERS OF ISIS, HATCHESPUT: THE FEMALE PHARAOH, NEFERTITI: EGYPT'S SUN QUEEN and most recently RAMESSES: EGYPT'S GREATEST PHARAOH.