Artículos relacionados a Feminism-Art-Theory: An Anthology 1968-2000 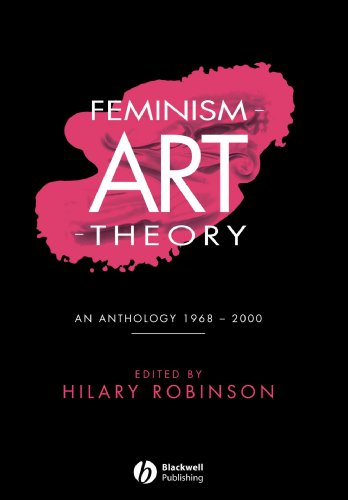 "Robinson's anthology of feminist writing on, in and around art from the last 30 years does fill a very tangible gap and will be of immense use to anybody who spends their time looking at and thinking about art." Art Monthly

Charting over 30 years of feminist debate on the significance of gender in the making and understanding of art, this archival anthology gathers together 99 indicative texts from North America, Europe and Australasia. The volume embraces a broad range of threads and perspectives, from diverse ethnic approaches, lesbian theory, and postmodernism to education and aesthetics. The writings of artists and activists are juxtaposed with those of academics, creating an entertaining and provocative web of ideas. Some of the texts are now regarded as classic, but the anthology is particularly notable for its inclusion of rare and significant material not reprinted elsewhere. The scale and structure of the volume make it a uniquely flexible resource for study and research. Each of the nine sections focuses on a specific area of debate and is introduced by a descriptive summary. The texts within each chapter are then presented in chronological order, indexing differing positions as they developed over time. Lists of essential reading are provided for students or lay readers seeking an introduction, whilst more extensive bibliographies at the end of each chapter and at the end of the volume support further research.