Artículos relacionados a The Samurai's Tale 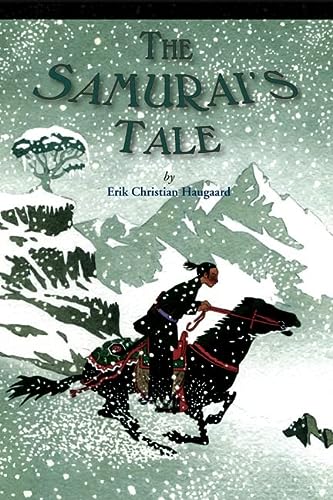 In turbulent sixteenth-century Japan, orphaned Taro is taken in by a general serving the great warlord Takeda Shingen and grows up to become a samurai fighting for the enemies of his dead family. An ALA Notable Book. Reissue.

Erik Haugaard was born in Denmark and has traveled extensively in the United States, Italy, Spain, and Japan. Called "a writer gifted in the art of the storyteller" by the BOSTON GLOBE, he is internationally known for his accomplishments as a playwright, poet, and translator. He has won critical acclaim for his books for young readers, including A BOY'S WILL, THE UNTOLD TALE, and CROMWELL'S BOY.

9. The Samurai's Tale (Paperback or Softback)

Descripción HOUGHTON MIFFLIN, United States, 2005. Paperback. Condición: New. Reissue. Language: English. Brand new Book. When the powerful Lord Takeda&;s soldiers sweep across the countryside, killing and plundering, they spare the boy Taro&;s life and take him along with them. Taro becomes a servant in the household of the noble Lord Akiyama, where he meets Togan, a cook, who teaches Taro and makes his new life bearable. But when Togan is murdered, Taro&;s life takes a new direction: He will become a samurai, and redeem the family legacy that has been stolen from him. Nş de ref. del artículo: ABZ9780618615124