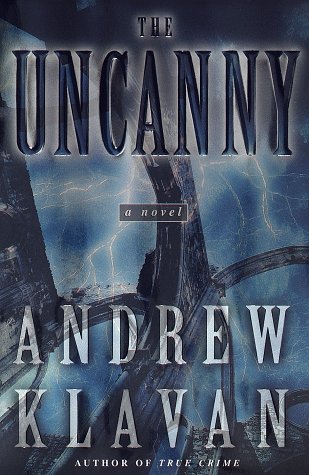 A successful Hollywood screenwriter who bases his movies on classic English ghost stories finds himself in the midst of one when he travels to England and meets a mysterious damsel in distress and a seemingly immortal villain. 75,000 first printing.

Richard Storm is a Hollywood producer who has reached the top of his profession making horror movies based on classic English ghost stories. Now, with his life beginning to unravel, he flees to England on a desperate quest: to find evidence that the great old stories bear an element of truth, that the human spirit lives on after death, that in this all-too-material world there still may be reason to have faith.

But his search uncovers more than he bargained for: Sophia Endering, a mysterious damsel in distress who may just be the last love of Storm's life; Harper Albright, an eccentric pipe-smoking old woman whose researches into the paranormal mask an obsessive hunt for a malevolent killer; and the man known as Saint Iago, a seemingly immortal villain who makes a night with a vampire look like a walk in the park.