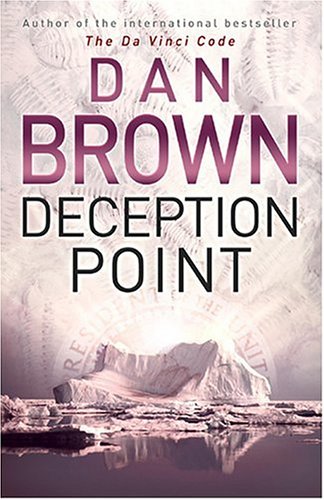 "'A case study in how to manufacture suspense. Unputdownable' Washington Post; 'Wow...Blockbuster perfection...An exhilaratingly brainy thriller. Not since the advent of Harry Potter has an author so flagrantly delighted in leading readers on a breathless chase' New York Times; 'In The Da Vinci Code, Dan Brown has built a world that is rich in fascinating detail, and I could not get enough of it. Mr. Brown, I am your fan' Robert Crais; 'Fascinating and absorbing - perfect for anyone who appreciated a great, riveting read...Dan Brown is my new must-read. I love this book' Harlan Coben; 'A heart-racing thriller. This story has so many twists that it would be a sin to reveal too much of the plot in advance. Let's just say that is this novel doesn't get your pulse racing, you need to check your meds' San Francisco Chronicle; 'A thundering, tantalizing, extremely smart fun ride. Brown doesn't slow down his tremendously powerful narrative engine despite transmitting several doctorates' worth of fascinating history and learned speculation' Chicago Tribune"

When a new NASA satellite spots evidence of an astonishingly rare object buried deep in the Arctic ice, the floundering space agency proclaims a much-needed victory...a victory that has profound implications for U.S. space policy and the impending presidential election. With the Oval Office in the balance, the President dispatches White House Intelligence analyst Rachel Sexton to the Milne Ice Shelf to verify the authenticity of the find. Accompanied by a team of experts, including the charismatic academic Michael Tolland, Rachel uncovers the unthinkable: evidence of scientific trickery -- a bold deception that threatens to plunge the world into controversy. But before Rachel can contact the President, she and Michael are attacked by a deadly team of assassins controlled by a mysterious power broker who will stop at nothing to hide the truth. Fleeing for their lives in an environment as desolate as it is lethal, their only hope for survival is to find out who is behind this masterful ploy. The truth, they will learn, is the most shocking deception of all. In Deception Point, bestselling author Dan Brown transports readers from the ultrasecret National Reconnaissance Office to the towering ice shelves of the Arctic Circle, and back again to the hallways of power inside the West Wing. Heralded for masterfully intermingling science, history, and politics in his critically acclaimed, blockbuster thrillers Angels & Demons and The Da Vinci Code, Brown has crafted a novel in which nothing is as it seems -- and behind every corner is a stunning surprise. Deception Point is pulse-pounding fiction at its best.

Descripción Hardback. Condición: Very Good. The book has been read, but is in excellent condition. Pages are intact and not marred by notes or highlighting. The spine remains undamaged. Nş de ref. del artículo: GOR001430099

Descripción Hardback. Condición: Good. The book has been read but remains in clean condition. All pages are intact and the cover is intact. Some minor wear to the spine. Nş de ref. del artículo: GOR001168765

Descripción BANTAM PRESS. Hardcover. Condición: As New. An apparently unread copy in perfect condition. Dust cover is intact; pages are clean and are not marred by notes or folds of any kind. At ThriftBooks, our motto is: Read More, Spend Less. Nş de ref. del artículo: G0593055071I2N00