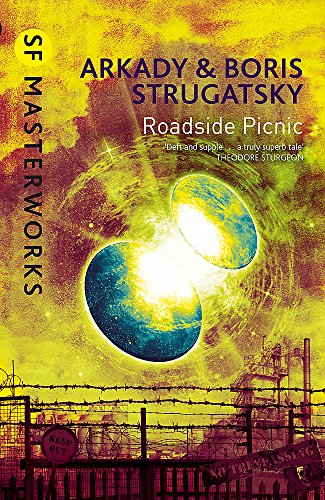 Red Schuhart is a stalker, one of those strange misfits who are compelled by some unknown force to venture illegally into the Zone and, in spite of the extreme danger, collect the mysterious artefacts that the alien visitors left scattered around. His life is dominated by the Zone and the thriving black market in the alien products. Even the nature of his daughter has been determined by the Zone. And it is for her that Red makes his last, tragic foray into the hazardous and hostile depths.

Arkady Strugatsky (1925-1991) and Boris Strugatsky (b.1931) began to collaborate in the early 1950s after Arkady had studied English and Japanese and worked as a technical translator and editor and Boris was a computer mathematician at Pulkova astronomical observatory.