Grey, Sir Edward The Charm of Birds (The charm of birds library)

The Charm of Birds (The charm of birds library) 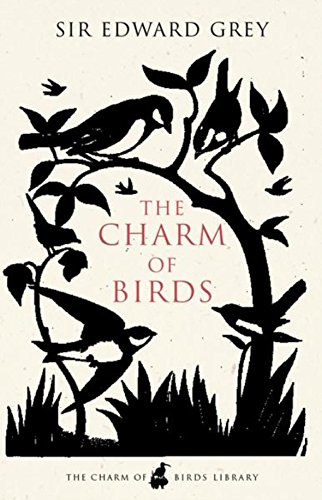 The discovery and publication of The Cottage Book in 1999 brought the name of Sir Edward Grey ¿ Viscount Grey of Fallodon ¿ to the fore again after years of neglect. The longest-serving Foreign Secretary of the 20th century (and probably best remembered for his words at the outbreak of the First World War: `The lights are going out all over Europe. We shall not see them lit again in our lifetime¿), he was also a naturalist and writer of the first order.

First published in 1927, The Charm of Birds was an immediate popular success, but has been unavailable for many years. It deals mostly, but not exclusively, with birdsong, and is full of sensitive observation, beautifully written. Unlike most works of ornithology, it can be read for the pleasure of its prose alone.

This handsome new edition contains all the woodcuts by Robert Gibbings that appeared in the original edition, with the addition of some of his other bird engravings. It is a volume to inspire all lovers of nature.

Sir Edward Grey was born in 1862 and educated at Winchester and Oxford. He was Foreign Secretary between 1905 and 1916, and he died at Fallodon, Northumberland, in 1933.

1. The Charm Of Birds

2. The Charm of Birds

3. The Charm of Birds

4. THE CHARM OF BIRDS

5. THE CHARM OF BIRDS

6. The Charm of Birds