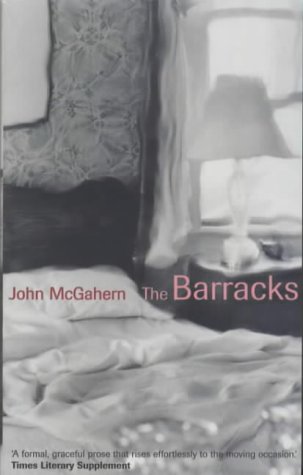 Elizabeth Reegan, after years of freedom - and loneliness - marries into the enclosed Irish village of her upbringing. The children are not her own; her husband is straining to break free from the servile security of the police force; and her own life, threatened by illness, seems to be losing the last vestiges of its purpose.

John McGahern was born in Dublin in 1934 and brought up in the West of Ireland. He is a graduate of University College, Dublin. He has worked as a Primary School teacher and has held various academic posts at universities in Britain, Ireland and America.In the opinion of the Observer, John McGahern is 'Ireland's greatest living novelist'. He is the author of six highly acclaimed novels and four collections of short stories, and has been the recipient of numerous awards and honours, including a Society of Authors Travelling Scholarship, the American-Irish Award, the Prix Etrang re Ecureuil and the Chevalier de l'Ordre des Arts et des Lettres. Amongst Women, which has won both the GPA and the Irish Times Award, was shortlisted for the Booker Prize and made into a four-part BBC television series. His work has appeared in anthologies and has been translated into many languages.John McGahern lives in County Leitrim, Ireland.