Artículos relacionados a Crow: From the Life and Songs of the Crow (Faber Pocket...

Hughes, Ted Crow: From the Life and Songs of the Crow (Faber Pocket Poetry)

Crow: From the Life and Songs of the Crow (Faber Pocket Poetry) 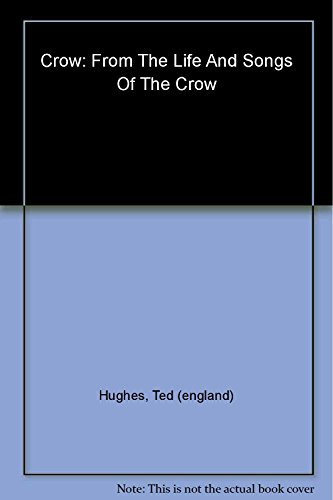 Light wear to cover. Shipped from the U.K. All orders received before 3pm sent that weekday.

Crow was Ted Hughes's fourth book of poems for adults and a pivotal moment in his writing career. In it, he found both a structure and a persona that gave his vision a new power and coherence. A. Alvarez wrote in the Observer, 'Each fresh encounter with despair becomes the occasion for a separate, almost funny, story in which natural forces and creatures, mythic figures, even parts of the body, act out their special roles, each endowed with its own irrepressible life. With Crow, Hughes joins the select band of survivor-poets whose work is adequate to the destructive reality we inhabit'.

Ted Hughes (1930-1998) was born in Yorkshire. His first book, The Hawk in the Rain, was published in 1957 by Faber and Faber and was followed by many volumes of poetry and prose for adults and children. He received the Whitbread Book of the Year for two consecutive years for his last published collections of poetry, Tales from Ovid (1997) and Birthday Letters (1998). He was Poet Laureate from 1984, and in 1998 he was appointed to the Order of Merit.

CROW: FROM THE LIFE AND SONGS OF