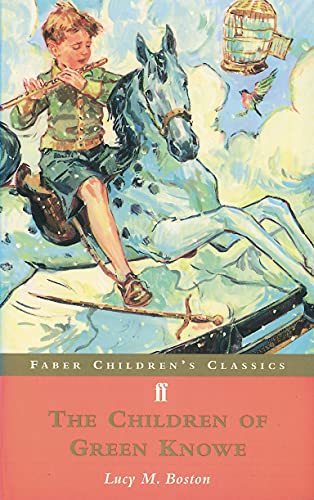 The Children Of Green Knowe

Tolly's great-grandmother wasn't a witch but both she and her old house, Green Knowe, were full of a very special kind of magic. And Green Knowe turned out not to be the lonely place Tolly had imagined it to be. There were other children living in the house - children who had been happy there centuries before. This is the first title in the well-loved Green Knowe series from Carnegie Medal winner Lucy M. Boston.

Lucy Boston was born in 1892 in Southport, Lancashire, one of six children. She went to a Quaker school in Surrey, and was married in 1917. She later moved to a beautiful manor house near Cambridge which provided the setting for her Green Knowe stories. She started writing at the age of sixty and won the Carnegie Medal for A Stranger of Green Knowe in 1961. Her books are illustrated by her son, Peter. Lucy Boston died in 1990.