Artículos relacionados a Sonny Liston was a Friend of Mine

Jones, Thom Sonny Liston was a Friend of Mine

Sonny Liston was a Friend of Mine 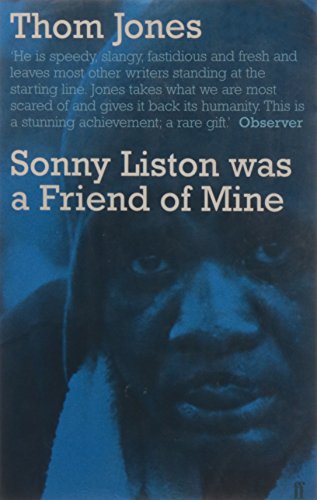 Dilapidated fight arenas, Christmas in a psychiatric ward, chaotic emergency rooms - this is the world of Thom Jones, whose stories have a passion and depth which put them in a league of their own. Sonny Liston was a Friend of Mine, a collection of his stories, is a mixture of despair and exhilaration, surrealism and minutely observed realism. A Vietnam Vet swims alone across the English Channel to maintain the 'edge' that kept him alive in wartime. A young amateur fighter stoically endures repetitive beatings because he knows boxing shields him from the even crueller world beyond the ring. An unemployed man performs gruesome experiments on mice. No one writes better or more vividly than Jones about private apocalypses, about lives that swing between pain and sensual gratification, confusion and visionary clarity.

Thom Jones, who died in 2016, was a National Book Award finalist, O. Henry Award winner, and the author of three story collections: The Pugilist at Rest, Cold Snap, and Sonny Liston Was a Friend of Mine. He received an MFA from the University of Iowa in 1973 and thereafter worked an array of jobs, from copywriter to janitor, until he was published for the first time, in The New Yorker, in his mid-forties. His stories went on to be published in other magazines such as Harper's, Esquire, Playboy, and Story and were reprinted numerous times in The Best American Short Stories. John Updike chose his story 'I Want to Live!' for The Best American Short Stories of the Century.

1. Sonny Liston Was a Friend of Mine [Paperback] Jones, Thom