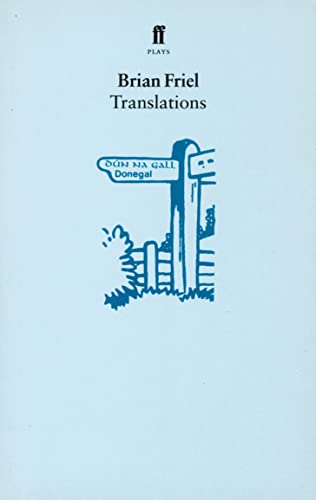 "Translations is a modern classic. It engages the intellect as well as the heart, and achieves a profound political and philosophical resonance through the detailed examination of individual lives, of particular people in particular place and time." --Daily Telegraph "This is Brian Friel's finest play, his most deeply thought and felt, the most deeply involved with Ireland but also the most universal: haunting and hard, lyrical and erudite, bitter and forgiving, both praise and lament." --Sunday Times

The action takes place in late August 1833 at a hedge-school in the townland of Baile Beag, an Irish-speaking community in County Donegal. In a nearby field camps a recently arrived detachment of the Royal Engineers, making the first Ordnance Survey. For the purposes of cartography, the local Gaelic place names have to be recorded and rendered into English. In examining the effects of this operation on the lives of a small group, Brian Friel skilfully reveals the far-reaching personal and cultural effects of an action which is at first sight purely administrative.