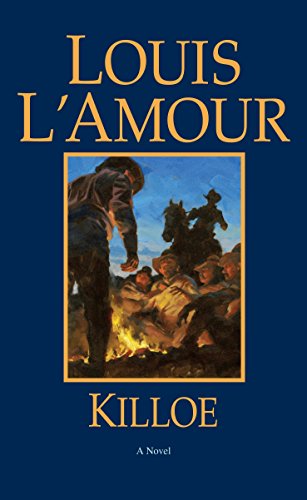 Hoping to prove himself to his father and his peers by accomplishing a difficult herding job between Texas and New Mexico, Dan Killoe rides beside gunman Tap Henry, who leads Dan into more adventure than he was prepared for as he gives refuge to a fugitive being hunted by Felipe Soto, vicious leader of the renegade Comancheros. Reissue.

Dan Killoe--over six feet of tough, raw, lightning fast man.  He had a trail heard and a mass of settlers to get across unknown territory to a new land.  Then he gave shelter to a stranger being hunted by Felipe Soto, scar-faced leader of the renegade Comancheros.  This time Killoe was borrowing more trouble than he wanted to handle.

Descripción Bantam, 2003. Mass Market Paperback. Condición: New. Mass Market Paperback. For Dan Killoe, leading a cattle drive across six hundred miles of harsh wilderness newly won in the war with Mexico means a chance to prove his mettle. By his side is Tap Hen.Shipping may be from multiple locations in the US or from the UK, depending on stock availability. 176 pages. 0.086. Nş de ref. del artículo: 9780553257427