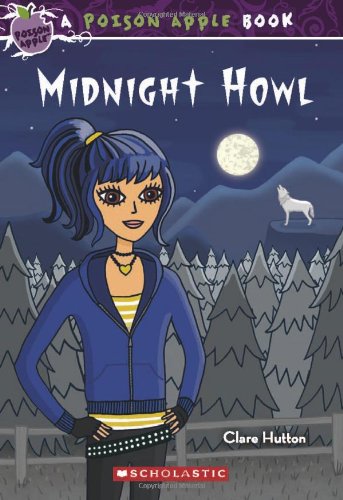 Marisol and her mom move from the city to rural Montana for a few months, and stay with family friends and their twin children, Jack and Hailey. Marisol loves looking at the stars so far away from city lights, but she feels creeped out by the woods right by their house. She's even more scared when her new friend Lily warns her about the wolves there -- wolves that are most dangerous around the full moon. When she notices Hailey disappear several times late at night, Marisol starts to wonder...could she be friends with a werewolf?

Clare Hutton is the author of the Poison Apple book MIDNIGHT HOWL. She lives in Queens, New York, with her husband and their two kids. She loves dogs--but would rather have a naughty Labrador than a zombie Chihuahua.