Artículos relacionados a Tarshis, L: I Survived the Sinking of the Titanic,... 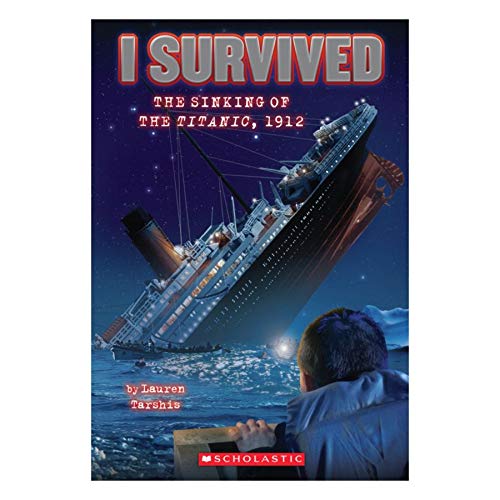 Excited to board the Titanic with his aunt and little sister, 10-year-old George begins to explore the ill-fated ship's first-class storage cabin when the ship is rocked by a collision with an iceberg and begins to sink. By the author of Emma-Jean Lazarus Fell Out of a Tree. Simultaneous.

Lauren Tarshis's New York Times bestselling I Survived series tells stories of young people and their resilience and strength in the midst of unimaginable disasters and times of turmoil. Lauren has brought her signature warmth and exhaustive research to topics such as the battle of D-Day, the American Revolution, Hurricane Katrina, the bombing of Pearl Harbor, and other world events. She lives in Connecticut with her family, and can be found online at laurentarshis.com.

Descripción Scholastic US, United States, 2010. Paperback. Condición: New. Scott Dawson Ilustrador. Language: English. Brand new Book. The most terrifying events in history are brought vividly to life in this New York Times-bestselling series!Ten-year-old George Calder can't believe his luck -- he and his little sister, Phoebe, are on the famous Titanic, crossing the ocean with their Aunt Daisy. The ship is full of exciting places to explore, but when George ventures into the first class storage cabin, a terrible boom shakes the entire boat. Suddenly, water is everywhere, and George's life changes forever. Lauren Tarshis brings history's most exciting and terrifying events to life in this New York Times-bestselling series. Readers will be transported by stories of amazing kids and how they survived!. Nş de ref. del artículo: AAC9780545206945

8. I Survived the Sinking of the Titanic, 1912 (Paperback or Softback)