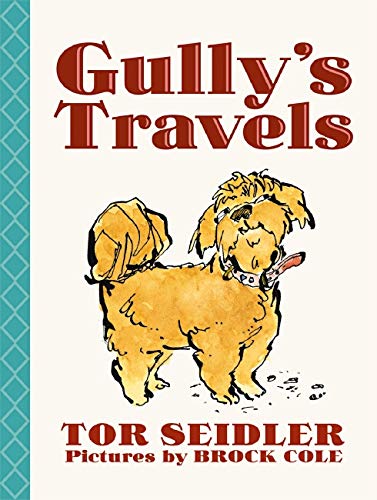 "Tor Seidler writes in the great tradition of Kenneth Grahame, Walter R. Brooks, and E. B. White, creating worlds where friendship matters, animals talk, and little girls who listen-even ones as mean as Margaret-can learn a life-changing lot about loving-kindness."-MICHAEL CART, Booklist THE WAINSCOTT WEASEL
Pictures by Fred Marcellino
An ALA Notable Children's Book "It's just possible that not since a spider named Charlotte saved a pig named Wilbur has there been a more tender tale of interspecies love and devotion. Tor Seidler infuses his text with warmth, subtlety, and humor."-The New York Times Book Review A RAT'S TALE
Pictures by Fred Marcellino
A Publishers Weekly Best Book of the Year "Like Charlotte's Web or The Wind in the Willows, Tor Seidler's delightful new book, A Rat's Tale, is suffused with humor, pathos, and moral beauty."-The Washington Post Book World Reseńa del editor:

When his beloved owner falls in love with a woman who is allergic to long-haired dogs, Gulliver is given away to his doorman and the pooch's wonderful life of leisure comes to a dramatic end after he moves in with his new owner's family in their cramped home in Queens.