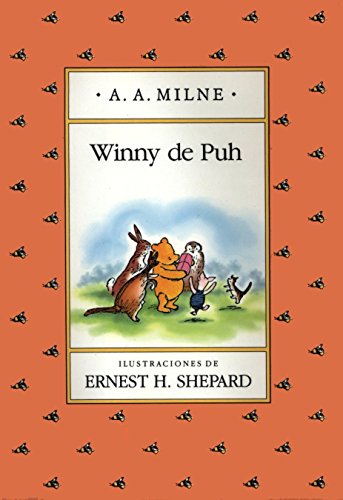 Book by A A Milne

A. A. Milne was born in 1882 in London. He was a playwright and journalist as well as a poet and storyteller. His classic children's books were inspired by his son, Christopher Robin. Milne died in 1956.

Ernest H. Shepard was born in 1879 in England. His pictures of the Pooh characters are based on real toys owned by Christopher Robin Milne. Shepard died in 1976.