Artículos relacionados a Hard Core: Power, Pleasure and the "Frenzy of the...

Williams, Linda Hard Core: Power, Pleasure and the "Frenzy of the Visible"

Hard Core: Power, Pleasure and the "Frenzy of the Visible" 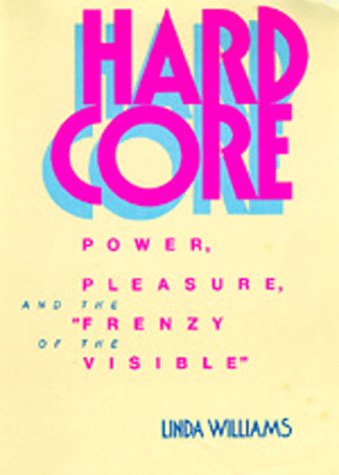 In this unprecedented and brilliant study, Linda Williams moves beyond the impasse of anti-porn/anti-censorship position-taking to analyze what hard-core film pornography is and does - as a genre with a history, as a specific cinematic form, and as part of contemporary discourse on sexuality. Working against tendencies to oversimplify hard core - either as pure abusive power or pure liberatory pleasure - Williams sees the form as inherently contradictory. Hard core claims to speak confessional and involuntary 'truths' of sex. However, analysis of its forms (including its spectacular 'money shots' and sexual 'numbers' parallel to those in musicals) reveals that sex in the sense of a natural, visible 'doing what comes naturally' is in fact the supreme and deeply contradictory fiction of the genre. Gender, the social construction of the relation between the sexes, is what determines this fiction. For most of its history, pornography has been for men and about women. Yet in hard core's attempt to solve the riddles of sex with more, different, or better sex, the monolith of masculine pleasure breaks down and the possibility of women using pornography for their own purposes begins to emerge. To this end, Williams traces the roots of contemporary hard core's quest to see the 'truth' of sex back to the origins of cinema itself - in motion studies of women's bodily movements. She then follows the generic development of hard core through its silent, primitive stag form and into feature-length narratives like "Deep Throat" and "Behind the Green Door", up to its recent sadomasochistic and 'couples market' permutations - showing how the form has begun to respond and react to changing gender relations. Neither a defense of what pornography has been nor a utopian dream of what it should be, this daring book refuses simply to scapegoat the form as the cause of all our ills. Instead, Williams utilizes the insights of recent studies of mass culture to show that hard core is a discourse, a genre, and a rhetoric that can only be understood through comparison with, rather than separation from, other forms.

1. Hard Core: Power, Pleasure, and the "Frenzy of the Visible

2. Hard Core: Power, Pleasure, and the "Frenzy of the Visible" Williams, Linda