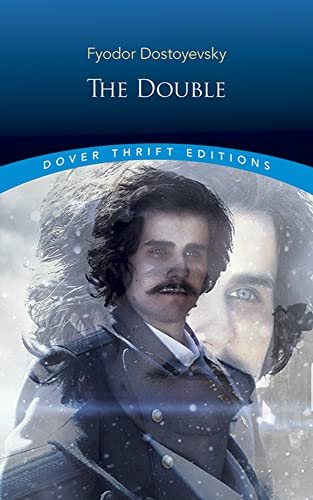 Most significant of the Russian novelist's early stories (1846) offers a straight-faced treatment of a hallucinatory theme. Golyadkin senior is a powerless target of persecution by Golyadkin junior, his double in almost every respect. Familiar Dostoyevskan themes of helplessness, victimization, scandal ― beautifully handled in this small masterpiece.

With his sympathetic portrayals of the downtrodden of 19th-century Russian society, Fyodor Dostoyevsky (1821–1881) exercised immense influence on modern writers. His novels featured profound philosophical and psychological insights that anticipated the development of psychoanalysis and existentialism.

Descripción Dover Publications Inc., United States, 2000. Paperback. Condición: New. New edition. Language: English. Brand new Book. While his literary reputation rests mainly on such celebrated novels as Crime and Punishment, The Brothers Karamazov, and The Idiot, Dostoyevsky also wrote much superb short fiction. The Double is one of the finest of his shorter works. It appeared in 1846 (his second published work) and is by far the most significant of his early stories, not least for its successful, straight-faced treatment of a hallucinatory theme.In The Double, the protagonist, Golyadkin senior, is persecuted by his double, Golyadkin junior, who resembles him closely in almost every detail. The latter abuses the former with mounting scorn and brutality as the tale proceeds toward its frightening denouement. Characteristic Dostoyevskyan themes of helplessness, victimization, and scandal are beautifully handled here with an artistry that qualifies the story as a small masterpiece.Students of literature, admirers of Dostoyevsky, and general readers will all be delighted to have this classic work available in this inexpensive, high-quality edition. Nş de ref. del artículo: AAC9780486295725

7. The Double (Paperback or Softback)