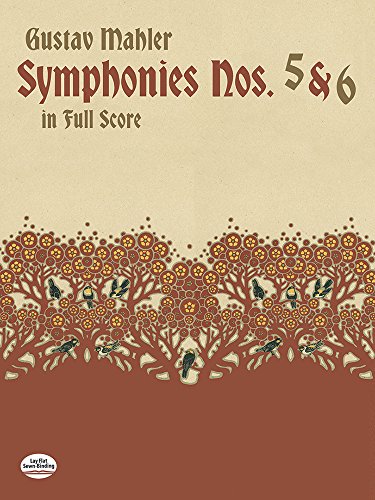 In these two works, Mahler moved beyond his song-oriented earlier works to take up the challenges of the purely instrumental symphony. The result was two of his most emotionally compelling, most often performed symphonic works. Both are reprinted here from authoritative full-score editions.

Austrian composer and conductor Gustav Mahler (1860-1911) wrote chiefly symphonies and Lieder. Late Romantic in style, his tempestuous works reflect the anxious mood of Europe at the turn of the 20th century. Because of his Jewish roots, the composer's music was suppressed by the Nazis but has enjoyed a steady revival over the past five decades.

Descripción Dover Publications, 1992. Paperback. Condición: New. Paperback. In his Fifth Symphony, Gustav Mahler (1860-1911) moved on from the song-oriented works of his Wunderhorn period to take up the challenges of the purely instrumental symphony. It was a move.Shipping may be from multiple locations in the US or from the UK, depending on stock availability. 512 pages. 1.370. Nş de ref. del artículo: 9780486268880