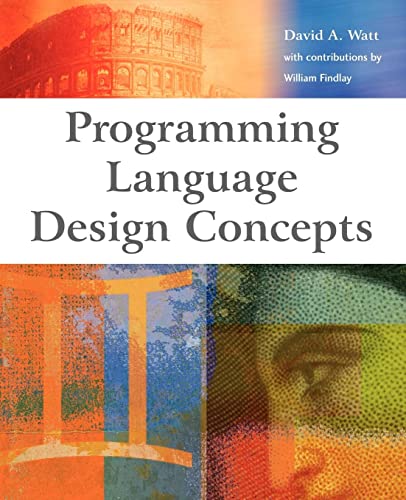 This book explains the concepts underlying programming languages, and demonstrates how these concepts are synthesized in the major paradigms: imperative, OO, concurrent, functional, logic and with recent scripting languages. It gives greatest prominence to the OO paradigm. It includes numerous examples using C, Java and C++ as exemplar languages. It features additional case study languages: Python, Haskell, Prolog and Ada. It provides extensive end of chapter exercises with sample solutions on the companion Web site. It deepens study by examining the motivation of programming languages not just their features.

Reflecting current trends where object-oriented (OO) programming has taken over from imperative programming as the dominant paradigm, this book gives greatest prominence to the OO paradigm using Java and C++ as the main exemplar languages. Similarly, since the Web has revolutionized the computing industry, the need for examination of scripting languages, such as Perl and Python, has risen. With additional case study languages including Python, Haskell, Prolog and Ada, Programming Language Design Concepts deepens study by examining the motivation of programming languages rather than just their features.,P.All programmers, not just language specialists, need a thorough understanding of language concepts in order to get the best of these most fundamental tools. This book explains the basic concepts that underpin all programming languages, and shows how these concepts are synthesized in the major paradigms: imperative, object-oriented, concurrent, functional, logic and scripting.