Artículos relacionados a The World of Biblical Literature

The World of Biblical Literature 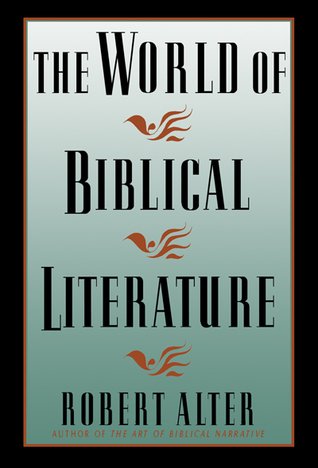 The Bible is one of the world's great literary masterpieces and, increasingly, literary scholars as well as general readers have enthusiastically joined the ranks of the religious orthodox in reading it. Robert Alter, who has long been in the vanguard of this movement, reflects on the paradoxes inherent in considering this great religious work as literature. This book builds on, and in some cases takes issues with, the new wave of literary and bibilical studies to reexamine the elusive, endlessly fascinating texts that have nourished our culture for millenia. While most other books, including Alter's own earlier work, have been devoted to an analysis of the formal poetry and narrative properties of biblical literature, in this book Alter steps back from the analytical catagories to reflect on the general nature of biblical literature. How is one to account for the presence of an impulse as playful and as potentially subversive as literary creation in a body of texts so dedicated to religious purposes? What is the relation between literary imagination and religious values in the Bible? In what ways is the bible distinctive as a body of literature. Are there lines of continuity between biblical literature and literature written later and elsewhere? In grappling with these questions, Alter draws on specific examples to make the theoretical issues concrete and intelligible.

1. The World of Biblical Literature

2. The World Of Biblical Literature

3. The World Of Biblical Literature